Dr. Willerton’s research interests are focused on Russian politics (both Soviet and post-Soviet), comparative political elites, and Russian foreign policy (both Soviet and post-Soviet).  He has authored a book and roughly 50 articles and chapters.  Current projects are focused on the Russian executive and on Russian relations with other FSU (former Soviet Union) countries and involvement in the CIS (Commonwealth of Independent States).  Summary descriptions of his research areas are presented on a separate Research page (see link to the left).

Here is his TEDx Talk, The Russian Soul, delivered at the University of Arizona, Tucson, May 3, 2013. 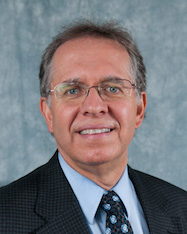